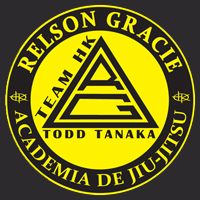 April 26th, 2015 marks the 25th Anniversary since Todd Tanaka started his Jiu-Jitsu journey. He is the first kid to get promoted by Grandmaster Relson Gracie from white to black belt. Todd is also the first person to compete in a Brazilian Jiu-Jitsu tournament in the United States, the other being Chris Johnson (December 1992 Studio 4 UH Manoa).